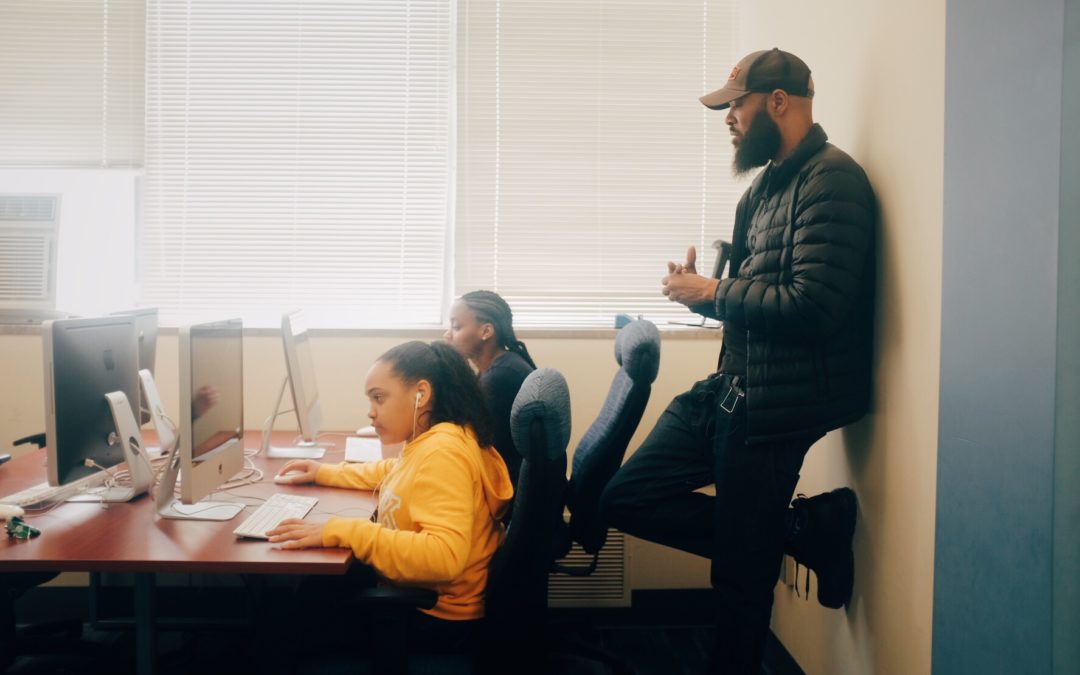 Everyone has those life-defining moments, hardships, or other events that shape them. Mentors use those experiences to help guide others. They pass on what they’ve learned the hard way to make it easier for someone else, so others don’t go through the same struggle.

Jamal Collins is one of those mentors. Born in 1970 and raised in East Cleveland, he uses graphic design to teach life lessons to local inner-city kids from the same area where he grew up. He not only teaches them design related concepts using software such as Photoshop and Adobe Creative Suite, but also what he wished he would have known when he was younger. Furthermore, he wants to impart that they have the power within them to forge their own path and that anything is possible if they take the initiative.

Collins remembers he had a passion for art and drawing as a young child, but his academic struggles meant he was held back in second grade. Not only was he left behind from his peers, but his younger classmates also bullied him for it.

“I was at a point where I was getting physically abused by the teacher because I was disrupting, because I wasn’t connecting,” Collins explains.

Here’s the full article was written by Tesh Ekman: http://pressurelife.com/jamal-collins/